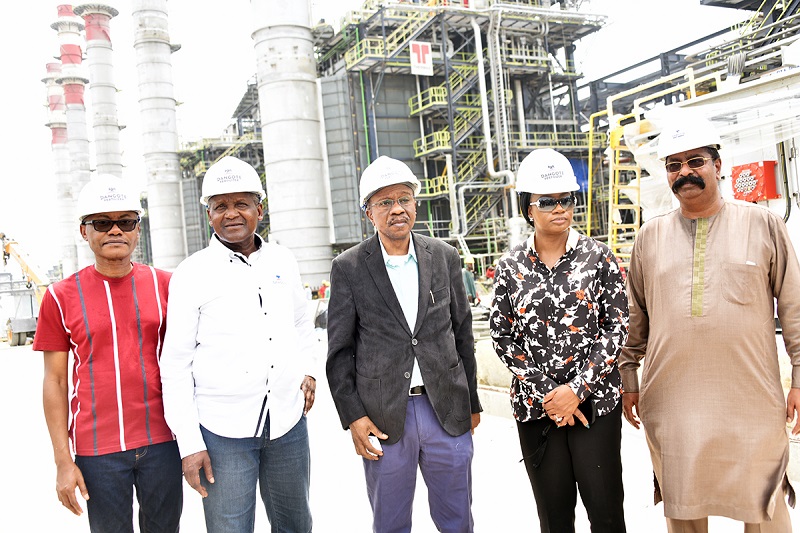 Dangote Oil Refinery has been listed among top 20 influential projects surveyed in the last 18 months by the renowned Project Management Institute (PMI) global, for the potential to fuel Nigeria’s economic transformation from importer to self-sustaining powerhouse in petroleum refining.

PMI, which disclosed this recently in its annual list of Influential Projects for 2020, said that “Most Influential Projects” highlights compelling projects around the world and across industries that achieved significant milestones and impacted the society.

The 2020 Most Influential Projects list identifies the noteworthy projects that have defined the past year—a year that has been dramatically transformed by the global coronavirus pandemic. Many of the projects on this year’s list therefore reflect the ingenious ways that project managers and change-makers have kept initiatives moving forward in the face of unexpected obstacles and challenges.

Otema Yirenkyi is PMI’s Vice President of Global Engagement stated: “When it’s completed in 2021, the Dangote Oil Refinery in Nigeria will be the largest oil refinery in Africa and one of the largest in the world, processing 650,000 barrels of crude oil per day and creating nearly 35,000 jobs in and around Lagos. But its benefits run deeper than that. By creating a self-sustaining supply of high-quality refined petroleum products, the project will reduce the country’s reliance on imports, help stabilize its currency and aid in the fight against poverty. And the project team, led by Mr. Devakumar V.G. Edwin has seemingly planned for everything: from providing on-site housing to avoid a pandemic lock-down to training the engineers that will be needed to operate the refinery.”

Explaining why he chose the project, Yirenkyi said Nigeria exports raw materials and imports finished goods—a situation that leaves the country reliant on other countries and contributes to poverty. “The Dangote Refinery turns that model on its head, allowing Nigeria to not only produce oil but the refined petroleum products that have always been in short supply. In the true sense of the word, the project is “transformative,” he added.

Sunil Prashara, President and CEO of Project Management Institute explained that the most influential projects reflect how project managers and change managers have found ingenious ways to keep initiatives moving forward in the face of unexpected obstacles associated with the pandemic.

Dangote refinery is a 650,000 barrels per day (bpd) integrated refinery and petrochemical project under construction in the Lekki Free Zone near Lagos, Nigeria and is reputed to be the Africa’s biggest oil refinery and the world’s biggest single-train facility, upon completion.

On completion, the refinery will meet 100 percent of the country’s petroleum needs and, as the largest oil refinery in Africa, it will create thousands of regional jobs.

According to PMI, this year’s list follows PMI’s inaugural list released last year in honor of PMI’s 50th anniversary that showcased the 50 most amazing feats that projects have made possible over the previous five decades.

“We live in a world of change and uncertainty – and COVID-19 has accelerated these trends with major shocks and disruptions to the world of business and society itself overnight,” said Prashara.

“Our 2020 list of Most Influential Projects should give us hope that we can meet these challenges and make even the boldest ideas into reality. Against the most challenging of circumstances over the past year, the leaders and teams behind these innovative projects made hard decisions and challenged conventional thinking in order to make an impact. As we rebuild and move forward from these challenging times, it is going to take the creativity, collaboration, discipline, and determination exhibited in each of these projects to reimagine a better path forward.”

The project management community itself—including experts, volunteers, academics, and industry leaders from across the globe—provided input and recommendations for this year’s list. The pool of project candidates, which numbered in the thousands, was then vetted by a special PMI thought leadership team.

The final list represents PMI’s vision of how project work and the change makers behind them represent the creative spirit shaping how the world collectively reimagines a new future, makes ideas and dreams reality, and as a result change the world.

Group Executive Director, Strategy, Capital Projects and Portfolio Development, Dangote Group, Devakumar Edwin, who is overseeing the refinery project stated: “The number of people below the poverty level has been going up, because Nigeria has an import-based economy, where the currency has been weakening consistently.

This refinery is going to be a game-changer for the country because, at a minimum, there will be a value addition to the treasury of $10 billion, in terms of foreign exchange. So, a key advantage will be the currency rate stabilization. And if you talk about Africa as a whole, that’s going to be a matter of pride, that Africa can be self-sustaining, as far as the refined products are concerned.”