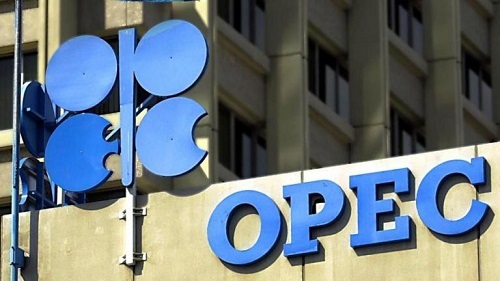 OPEC oil output has risen in June as the group further eased supply curbs under a pact with its allies and as Iran’s exports climbed amid ongoing talks on reviving its nuclear deal with world powers, a Reuter’s survey showed.

The 13-member Organization of the Petroleum Exporting Countries has pumped 26.24 million barrels per day (bpd) in June, the survey found, up 740,000 bpd from May. Output has risen every month since June 2020 apart from in February.

Hoping for a global demand recovery, OPEC and allies, known as OPEC+, decided from June 1 to ease more of the record supply cuts made in 2020.

OPEC+ meets on Thursday and analysts expect producers to discuss a further rise for August, while staying cautious about the scale of any increase.

“Market watchers believe that the group will not rush the easing with a large number,” said Stephen Brennock of broker PVM. “A smaller-than-expected return of oil should ensure that the market continues to draw down inventories.”

The OPEC+ agreement allows for a 277,000 bpd increase in OPEC output in June versus May, while Saudi Arabia had pledged to add 350,000 bpd as part of a plan to gradually unwind a 1 million bpd voluntary cut it made in February, March and April.

The group has slightly over-delivered on the expected month-on-month rise, the survey found. Members’ adherence to pledged cuts declined but the group was still pumping less than called for under the latest deal.

OPEC compliance with pledged cuts was 115%, the survey found, versus 122% in May.

The biggest increase in June of 500,000 bpd came from Saudi Arabia as it further unwound its voluntary cut and raised output as part of the June 1 OPEC+ boost.

With output in OPEC’s No. 2 producer Iraq steady, the second-biggest increase came from Iran, which has managed to raise exports since the fourth quarter despite U.S. sanctions.

Iran has exported more than 600,000 bpd in June, the survey found, up from May’s rate. The country is exempt from OPEC supply curbs.

Iran and world powers have been talking since April on reviving Tehran’s 2015 nuclear deal, which would allow Iran to boost output further. No agreement has been reached yet.

The third-biggest increase came from Nigeria, where exports picked up after a slowdown in May. Kuwait and the United Arab Emirates boosted output in line with their new quotas, the survey found.

Among the other two producers exempt from curbs, Venezuela managed to pump more while Libyan output slipped after leaks from pipelines.

The Reuters survey aims to track supply to the market and is based on shipping data provided by external sources, Refinitiv Eikon flows data, information from tanker trackers such as Petro-Logistics and Kpler, and information provided by sources at oil companies, OPEC and consultants.