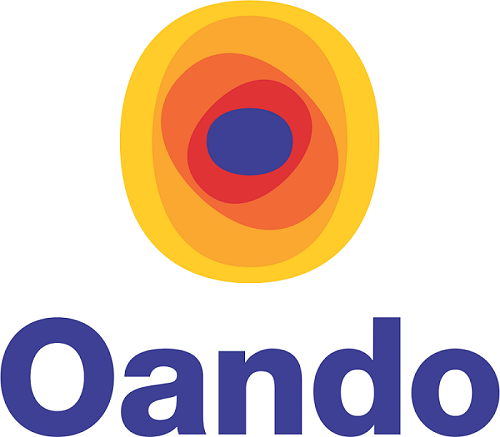 The MoU consummated on April 28, 2022, establishes a partnership between OCEL and Lagos State in her journey to becoming a sustainable city via the rollout of electric mass transit buses, supporting charging infrastructure and service centres (EV Infrastructure Ecosystem).

With over 25 million residents, Lagos is the most populous city in Africa and among the top ten of the world’s fastest-growing megacities. Over the last decade, the number of vehicles on Lagos roads have quadrupled, yet studies suggest that Lagos could become the world’s most populated city by 2100 with as many as 100 million residents; and as the city grows, so will the number of vehicles.

Upward trajectory in vehicle numbers poses a significant challenge as transportation has been identified as the key contributing sector at circa 23% to 30% in annual CO2 emissions.

Against this backdrop the Public-Private Partnership (PPP) between LAMATA and OCEL will enable the successful fulfillment of the objectives of the Lagos State Government through the deployment of an EV Infrastructure Ecosystem towards the attainment of a sustainable road transport system in the State. Furthermore, this initiative will bridge the existing gap in available mass transit buses for the increasing number of Lagos commuters.

This strategic initiative is in line with OCEL’s corporate ambitions as well as the State Government’s objective of harnessing renewable sources to create a cleaner and more sustainable environment for generations to come. Today, Lagos is one of 732 cities across the world that has signed up to the United Nations Race to Zero campaign, all working towards the realization of net zero carbon emissions by 2050.

Oando Clean Energy Limited is the renewable energy subsidiary of Oando Energy Resources (OER). OCEL’s agenda is to meet the continent’s energy demands by harnessing green and renewable sources, as well as investing in climate friendly and bankable energy projects across the African landscape, starting in our home country, Nigeria.

Speaking at the MoU signing ceremony, Commissioner for Transportation, Lagos State, Dr. Frederic Oladeinde said the MoU represented the State Government’s commitment to cutting greenhouse gases by replacing it with cleaner sources of energy. “With an understanding that transportation is a key emitter of greenhouse gases in Nigeria, we developed a strategy to cut greenhouse gases by 50%. A key component of this strategy was identifying and developing a more robust mass transit system for Lagos that would include rail and waterways amongst others. Using electricity to power mass transit is a step in the right direction, and from there we would gradually transit to private cars.”

He added: “This is just the beginning, there is still a lot more to come on stream. I commend LAMATA and Oando on this MoU signing, and both parties can be rest assured that they have my full backing to ensure success.”

Commenting on the MoU signing, the Managing Director, LAMATA, Engr. Abimbola Akinajo said: “We began this journey late last year, and for us, this has been a rapid development. It speaks to the energy and zeal of both organizations, and that is commendable. Oando Clean Energy came to us with a comprehensive solution that went beyond electric mass transit buses to include supporting infrastructure, and this was key for us, as the full remit of an EV support ecosystem is the only way to achieve success.

This initiative will not only accelerate the Government’s transportation agenda, but also positively impact the health of Lagosians and the environment. The magnitude of its impact is far-reaching, and when you start to look at it as more than a transport initiative, you will see how laudable a project it is. The Oando brand comes with know-how and experience, and we are relying on this to successfully move from MoU signing to actual implementation that will in the medium to long term benefit over 22 million Lagos commuters. We look forward to a very robust and fruitful partnership.”

In his response, the Chairman, Oando Clean Energy, Adewale Tinubu, who was represented at the MoU signing by Dr. Ainojie ‘Alex’ Irune said: “Oando Clean Energy was born out of a need to curate the best energy mix to propel Nigeria and indeed Africa, to its full potential.

“As a company, Oando has always championed Public-Private Partnerships as fundamental to Nigeria’s industrialization. Through the signing of this MoU, we are revolutionizing the landscape of mobility by pioneering e-mobility in Lagos. Furthermore, we remain dedicated to achieving our national commitment to net-zero by 2060, ending energy deficiencies and further propelling the country to an industrialized phase through decentralized and sustainable energy systems.

We are excited to be embarking on this journey with Lagos State and must commend their foresight and willingness to forge a template for others to follow. It’s easy to be perturbed by the perceived challenges that come with the mega-city status tag, but by taking this bold step, Lagos is showing the continent what is indeed possible and giving other cities the impetus to redefine today how to build a public transport system for the future.”