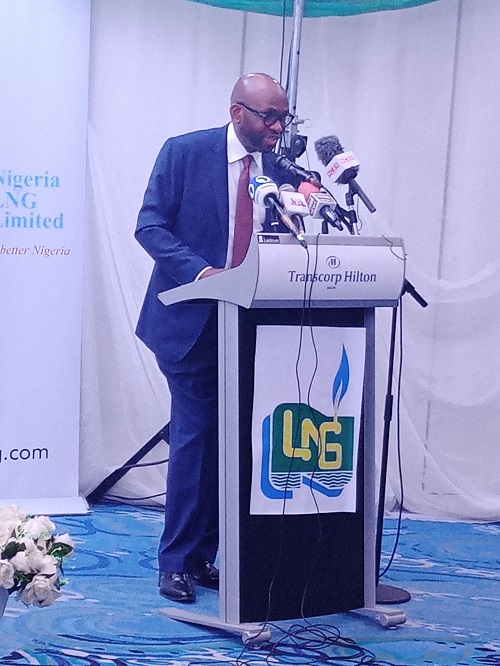 The Company will supply 1.1 Million Tons Per Annum (MTPA) of LNG on DES basis to Asiko Power Limited, Bridport Energy Limited and Gas-Plus Synergy Limited. The SPAs will facilitate the project execution and infrastructural development by offtakers to aid LNG delivery into the domestic market.

The announcement is coming close on the heels of an NLNG-sponsored pre-summit conference of the 2021 Nigeria International Petroleum Summit (NIPS) organised by the Federal Ministry of Petroleum Resources where the Company committed to supporting the deepening of the gas industry and gas utilisation in the country.

The execution of the SPAs follows a Domestic LNG (DLNG) Workshop which was held in November 2019 to stress test the delivery model with industry stakeholders and series of engagements to identify suitable actors to co-create the initiative, andto  stimulate market interest for potential offtakers.

Speaking on the Company’s initiative, Engr. Tony Attah, Managing Director and Chief Executive Officer of NLNG, said the signing and execution of the DLNG SPAs was a strong expression of the Company’s commitment to unlocking the country’s gas potential and making gas count for the good of Nigerians. He added that NLNG was already transforming conversations held at the Decade of Gas event held in March 2021 into concrete actions that Nigerians can easily relate with.

“With Nigeria’s enormous gas reserves, I am not in doubt that with the right drive from the government and the support of corporate organizations, we as a nation can stand with our head held high to be counted among major players. The government has demonstrated its readiness to take the gas sector to the next level by declaring this decade our nation’s Decade of Gas.

“We believe this will be the decade for us to leverage on our gas reserves to accelerate our power generation solutions through Gas-to-Power projects. It will be the decade when as a nation we stop reporting deaths from pollution through the use of wood and solid fuels as domestic energy sources. And it will be the decade for empowering local SMEs to take advantage of the various investment opportunities that the Decade of Gas will attract.

“In addition to the Domestic LNG Scheme, we have the ongoing Train 7 project with capacity to attract about $10bn in foreign direct investment. We are also looking to expand the LPG value chain by increasing our supply to the domestic market, guaranteeing LPG supply and enhancing its affordability, and enabling the development of a value network for a sustainable ecosystem,” he said.

Engr. Attah added that NLNG took similar steps in 2007 when it started supplying Liquified Petroleum Gas (LPG) to the country. He said the Company was looking to expanding the LPG value chain by increasing to 450,000 tons its supply to the domestic market , guaranteeing LPG supply, availability, affordability, and enabling the development of a value network for a sustainable ecosystem.