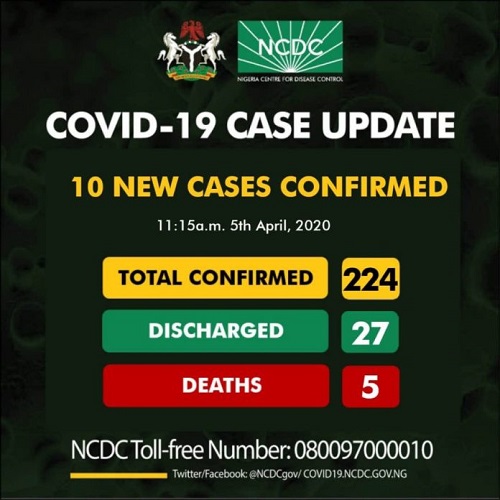 The Nigeria Centre for Disease Control (NCDC) has confirmed ten new cases of the COVID-19 in the country bringing the total number of cases to 224.

Of the ten new cases, six are in Lagos, two are in Edo, while the other two are in the FCT.

Currently, five persons have died from the disease while 27 others have recovered so far and have been discharged.

“As at 11:15 am 5th April there are 224 confirmed cases of #COVID19 reported in Nigeria. Twenty-seven have been discharged with five deaths.

A breakdown of cases by states: