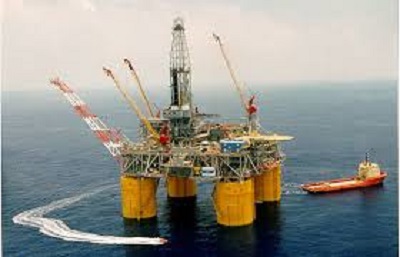 Obviously, the coronavirus pandemic has dealt a serious blow to world major oil producers following a rapid fall in crude price. Prior to the fall of oil price and Covid-19 pandemic, some countries have been seeking for means to change the narrative and end the use of petroleum powered vehicles. There had been talks around metamorphosing into electric cars and end the use oil making oil dependent countries to be perturbed about the coming new order.

Current realities show that the pandemic has rapidly evolved from a global health crisis to a financial issue, upending industries and shuttering businesses. Amid the crisis, the world’s leading oil-producing countries have been having it rougher than most, facing a dual shock of the pandemic and low oil prices.

Countries like the United States, Russia and Iran have been hard hit by the virus, while others from the African continent–home to 7 of OPEC’s 13 member nations–have to contend with struggling economies and weak health systems.

Here’s where some of the world’s largest oil producers stand on the pandemic barometer:

The United States has so far recorded 1.38 million Covid-19 infections with 82,018 fatalities, the most of any country in the world. However, stay-at-home orders in at least 40 states have helped slow the spread of the virus, with the rate of hospitalizations on a steady decline for three weeks now. These orders, though, have expired in many states, thus allowing businesses to reopen under restrictions, including requiring customers and workers to wear masks and enforcing social distancing.

Leading to the Covid-19 outbreak, the U.S. was the world’s biggest oil producer, pumping some ~13.1 million of crude and lease condensate per day. Though not part of the OPEC+ cuts, the country’s production fell by 900,000 barrels in April to 12.2 mb/d, mostly due to independent curtailments by major shale producers.

Although the energy industry has been an essential tailwind for the U.S. economy supporting more than 10 million jobs and nearly 8 percent of Gross Domestic Product, the country is much less dependent on oil compared to the average OPEC nation. Nevertheless, its shale industry remains vulnerable to a severe credit crunch and bankruptcies.

Russia’s 232,243 Covid-19 infections rank third-highest in the world, though its mortality is the lowest for countries with more than 100K infections, with 2,116 deaths.

On Monday, Vladimir Putin announced an end to Russia’s six-week national lockdown, following the lead of his European counterparts even though the country has recorded a sharp rise in cases in recent times. The president has said his citizens are free to go back to work starting Tuesday, though individual regions have the autonomy to keep their rules in place if and as needed.

After a weeks-long standoff, Russia finally agreed to sign off on deep production cuts with the country’s energy ministry directing oil companies to lower production by 20% each. That’s a considerable amount considering that its production clocked in at ~10.9 mb/d at the end of 2019, the second highest in the world.

Still, Russia is feeling some heat from the oil price collapse. Although the price of Urals–the country’s main oil brand–has held up better than WTI and rallied sharply over the past two weeks, the current price of $30.10/barrel is considerably lower than $40/barrel level it needs to balance its budget as per IMF estimates.

Last month, Saudi Arabia’s King Salman partially lifted the curfew in all regions of the Kingdom but maintained a 24-hour curfew in Mecca as well as in previously isolated neighborhoods.

This allowed the opening of some economic and commercial activities. The country has since opened up further after the lockdown was lifted in the country’s eastern districts last week.

As OPEC’s largest producer and one of the original members, Saudi Arabia is the coalition’s de facto leader. Nevertheless, it’s one of the producers feeling the biggest squeeze of the energy crisis thanks to its high dependence on oil–50% of GDP–and fiscal breakeven of $76.1 per barrel.

Compared to its bigger neighbor Iran, Iraq has been relatively spared by the pandemic, having recorded 2,818 cases and 110 deaths to-date, though its authorities have been accused of underreporting.

Iraq was one of the first countries to go into lockdown and one of the first to lift it after easing restrictions just before Ramadan began. However, the authorities said they planned to tighten the curfew once again when Ramadan ends on May 22. Nevertheless, the country’s Kurdish Regional Government (KRG) has begun to ease the 2-month lockdown on the region after no new cases were reported over the past 24 hours.

Iraq is OPEC’s second-largest oil producer and home to some of the world’s largest known oil reserves. The country has frequently been a thorn on the coalition’s backside though, cranking up production to a record 4.88 million b/d last year at a time when the bloc was desperately trying to keep production down in a bid to goose prices.

Iraq needs an oil price of $60.4/barrel to balance its books, so maybe it will refrain from any monkey business this time around.

The Middle East nation, though, has begun easing restrictions on normal life in a bid to support an economy that was already battered by U.S. sanctions.

Indeed, the economic challenges and subsequent brief lockdown could be partly to blame for the high rates of infection.

Iran’s oil production was nearly cut in half after the Trump administration scuttled the landmark nuclear deal in 2018. Nevertheless, the country remains an important global player with production clocking in at ~2.02 million b/d in March.

The IMF has estimated that Iran needs a massive $389 a barrel to balance its books, a situation that is not helped by China’s lowered crude imports from the country.

Nigeria, Africa’s most populous nation and its largest economy, has reported 4,641 Covid-19 cases with 151 fatalities.

Last week, the country kicked off a “gradual” easing of Covid-19 lockdowns in at least three major states though there has been a worrying uptick in new cases ever since the restrictions were first lifted. President Buhari has justified his decision by citing the “heavy economic cost” of the lockdown.

Nigeria is Africa’s largest oil producer, pumping 1.78 million b/d of crude in March. Oil sales contribute 90% of the country’s foreign exchange earnings; 60% of the revenue and 9% of GDP. With a high fiscal breakeven of $144 per barrel, Nigeria is finding itself dire straits with IOCs needing $35-$40/barrel to break even.

The country had applied for $7 billion in emergency funds to the African Development Bank, World Bank, and the IMF and has seen its credit rating downgraded by Fitch and S&P due to the oil slump.

Angola has so far recorded only 45 Covid-19 infections and 2 deaths. However, the country is moving to tighten lockdown restrictions as the number of confirmed cases continues to creep up.

Angola is Africa’s second-largest crude producer, with March production coming in at 1.4 million b/d. That’s quite remarkable considering the country has recorded a sharp 30% decline in production over the past decade, reflecting years of underinvestment in new projects.

The country is also one of the better-placed producers on the continent, with the IMF estimating that it needs an oil price of $55/barrel for fiscal breakeven.