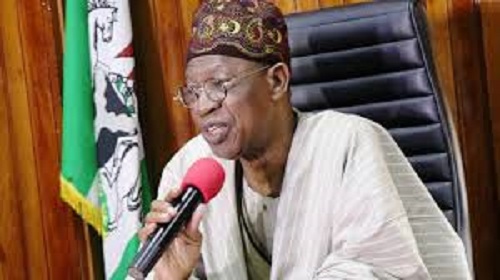 The Federal Government and the Lagos state government will earn total revenue of over $201 billion in 45 years when the Lekki Deep Sea Port becomes fully operational, Minister of Information and Culture, Lai Mohammed has said.

The Minister stated this in Lagos when he undertook a tour of the $1.53 billion mega on Wednesday.

Accompanied by heads of parastatals under the Ministry of Transportation, Mohammed expressed joy at the quality of work done, assuring that the port would become operational in the last quarter of 2022.

According to him, when fully operational, the deep seaport will create 169,972 jobs in addition to the $201 billion that will be generated to Lagos State and the Federal Government through taxes, royalties and duties. The direct and induced business revenue impact is estimated at $158 billion in addition to a qualitative impact on the manufacturing, trade and commercial services sector.

Describing the project as a game-changer, the Minister added that the port boasts of $800 million on construction alone, stressing that the aggregate impact has been put at $361 billion in 45 years, which will be over 200 times the cost of building it.

“When it begins operation in the last quarter of this year, it will make it possible for Nigeria to regain the maritime business that was lost to ports in Togo, Cote d’Ivoire and Ghana. It is also a big boost to Nigeria in its quest to take advantage of the implementation of the African Continental Free Trade Agreement (AfCFTA).

“A major advantage we have to leverage is transhipment. With this port, Nigeria will become a transhipment hub and the revenue we are currently losing to our neighbouring countries will come here,” he said.

Phase one of the project, according to Lai Mohammed, has reached 89 percent completion, assuring that it will hit the 100 percent mark in September this year.

“The project is self-sufficient in required electricity. It is now ready to generate up to 10 megawatts and the total capacity is 16 megawatts,” he said.

The Minister appealed to newsmen to report positive developments in Nigeria rather than negativities that portray the country in a bad light.

“I want to appeal to our colleagues in the media to play up these developmental efforts instead of concentrating energy on negativity. Let the world know that Nigeria is not all about kidnapping, terrorism and banditry. It is also about massive developments that are unprecedented,” he added.