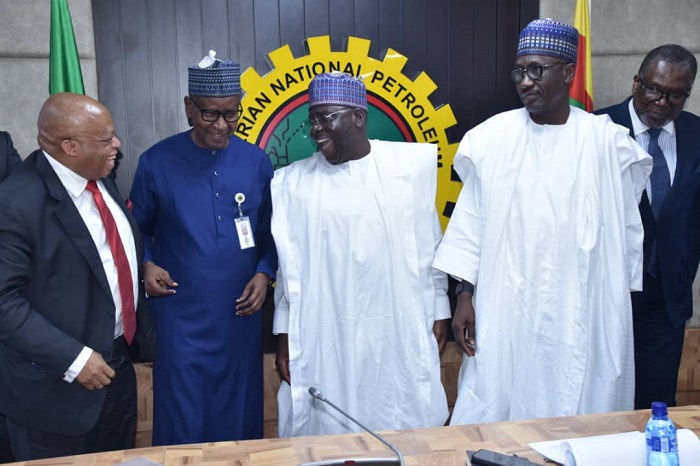 The Group Managing Director of the Nigerian National Petroleum Company (NNPC) Limited Mallam Mele Kolo Kyari has told a delegation of the Independent Petroleum Producers Group (IPPG) that the industry is at a critical phase with the ongoing reforms and global energy transition drive. This development, according to the NNPC GMD, makes it imperative for the NNPC and IPPG to collaborate and ensure that the industry is well positioned to seize opportunities and minimize any adverse impact on the industry and ultimately the country.

While commending the IPPG and noting the important role they have to play in the growth and development of the industry, Kyari said that with the enactment of the Petroleum Industry Act (PIA), issues around uncertainties across the industry had been addressed.

‘’The industry now has a robust fiscal and regulatory framework to anchor its growth and development’’, Kyari said.

Earlier, the Independent Petroleum Producers Group (IPPG) delegation led by the Chairman IPPG, Mr. Abdulrazaq Isa, called on the government to adopt natural gas as the transition fuel for the country.

Isa noted that the evolving industry landscape with the ongoing industry reforms and International Oil Companies’ (IOC) divestment provides a huge opportunity for the indigenous exploration and production companies to rise up to the challenge of guaranteeing the nation’s energy security in the new era.

‘’Gas should be considered as a transition fuel with deliberate policies formulated to attract investment into the sector’’, Isa said adding that Nigeria cannot afford to be left behind in view of the global energy transition agenda.

The IPPG Chairman also identified key challenges being faced by the industry in the areas of security, funding, high operating costs, lengthy contract cycle, amongst others.

‘’We look forward to collaborating with the NNPC in finding long lasting and sustainable solutions to these challenges’’, Isa said.

The Group also congratulated the NNPC for the critical role it played in the signing into law of the Petroleum Industry Act (PIA) and expressed hope that the uncertainties and under-investments in the industry over the last few years will come to an end. The IPPG chairman also congratulated Mallam Kyari on his appointment as the Chief Executive Officer of NNPC Limited by President Muhammadu Buhari.

“These industry milestones will set a solid growth foundation for the entire industry and IPPG as a Group remains committed to working collaboratively with the NNPC in realising its aspiration for the sector”, Isa concluded.