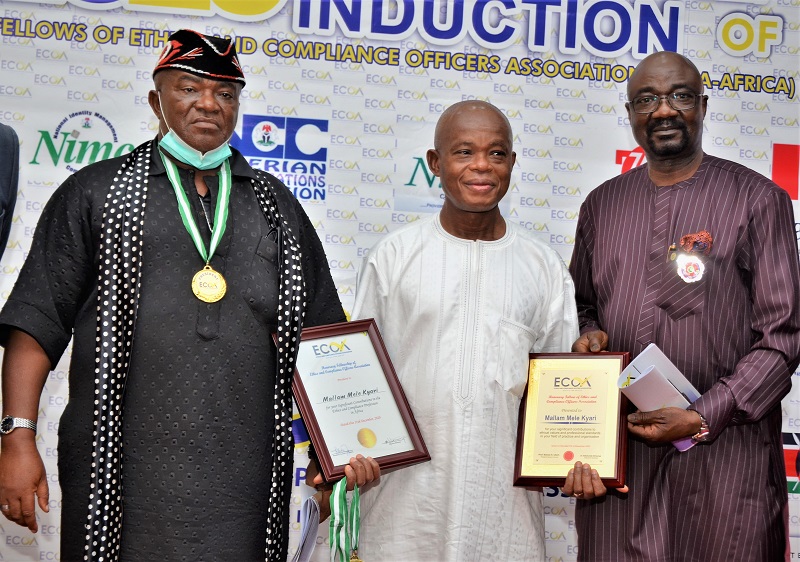 The Group Managing Director of the Nigerian National Petroleum Corporation (NNPC), Mallam Mele Kyari, has reiterated his commitment to conducting the business and operations of the Corporation in a transparent manner with a view to placing it on the path of profitability.

Mallam Kyari made the pledge Friday at the ECOA-Africa Fellowship Investiture Ceremony where he was honoured with the Honourary Fellowship Award of Ethics and Compliance Officers Association.

A press release by the Group General Manager, Group Public Affairs Division, Dr. Kennie Obateru, stated that the NNPC GMD was among other prominent leaders honoured in recognition of their commitment and promotion of ethical leadership.

In his acceptance speech, the GMD who was represented by the Group General Manager, Governance Risk & Compliance, Mr. Chris Akamiro stated: “I want to assure you that NNPC under my leadership, will continue to be transparent in its operations, render complete and timely Financial Statements to all stakeholders and be repositioned for profitability for the benefit of over 200 million Nigerians”.

He expressed gratitude to ECOA-Africa for the recognition and urged leaders not to shy away from the increasing demand by stakeholders for stewardship accounting.

“We must all embrace this sweeping call for accountability in the use of resources entrusted to leaders. It is for this reason that the Top Management of NNPC, under my leadership, launched the Transparency, Accountability and Performance Excellence (TAPE) agenda,” he said.

He listed some of the successes recorded under the TAPE agenda to include the publication of the 2018 and 2019 NNPC Audited Financial Statements, adding that though they earned the Corporation a few knocks, “they also brought a lot of commendations and encouragement for us to do better in the coming years”.

Speaking on reasons for the award, President and Chairman of ECOA-Africa’s Council, Prof. Bassey Ubom, said the GMD was selected for the award in recognition of his forthrightness and compliance to ethics of good leadership, adding that the Corporation has seen much positive changes under his watch.