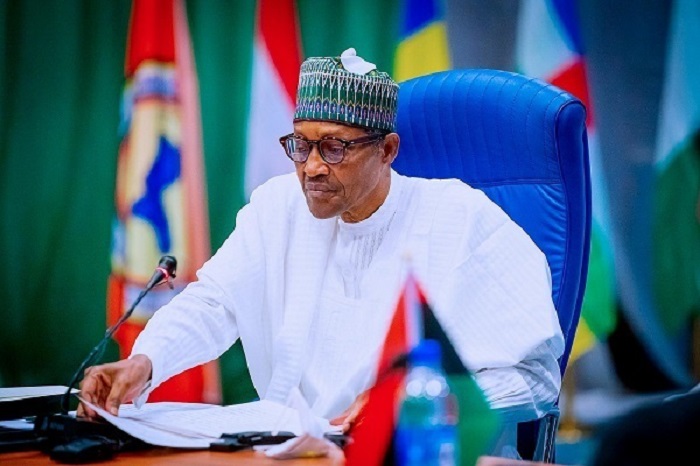 In his Independence Day speech, President Muhammadu Buhari on Saturday salutes Nigerians for what he described as their tremendous goodwill and for believing in him for tackling various socio-economic challenges confronting Nigerians.

The president made his feelings known while addressing the nation in a broadcast as part of activities to mark Nigeria’s 62nd Independence Anniversary on Saturday in Abuja.

It was his last Independence Day broadcast as Nigeria’s president.

Buhari noted with appreciation that his various attempts, failures and eventual success in being elected as President in 2015 were made possible by the majority of Nigerians.

”I address you today, with a deep sense of gratitude to God and a high level of appreciation to all Nigerians whose tremendous goodwill gave me the opportunity to provide leadership for our great country at one of the trying times in her history.

”Conscious that today’s address would be my last on an Independence Day as your President, I speak to the millions of Nigerians, who believed in me, propelled and stood by me in my quest to bequeath a country where all citizens have equal opportunities to achieve their lives desires in a peaceful atmosphere.

”I am honoured to say that my story in the annals of Nigeria’s history is no household secret.

”My various attempts, failures and eventual success in being elected as a Democratic President in 2015 was made possible by the majority of Nigerians.

”When you elected me, I readily acknowledged that the tasks before me were daunting but surmountable because of the growing national consensus that our chosen route to national development was democracy.”

This democracy, he said, was to be anchored on a clear understanding, application and the principles of separation of powers supported by a reformed public service that is more effective.

”I then pledged to improve the economy, tackle corruption and fight insecurity and this was further strengthened by my commitment to lift 100 million Nigerians out of poverty in 10 years as the central plank of my second term in 2019.

”To the Glory of God and His Grace as well as the commitment and passion displayed by many Nigerian supporters, we have made appreciable progress in these areas but not yet at our destination,” he added.

The president acknowledged that his administration had successfully re-positioned the economy by providing strategic interventions in core areas at both the federal and sub-national levels.

”One of the areas where we have made significant progress is in the eradication of deeply entrenched corruption that permeates all facets of our national development.

”We strengthened the Institutions for tackling corruption and also cultivated international support, which aided the repatriation of huge sums of money illegally kept outside the country.

”The increasing number of prosecutions and convictions, with associated refunds of large sums of money, is still ongoing,” he said.

The president, however, promised that the government would continue to block opportunities that encouraged corrupt practices.