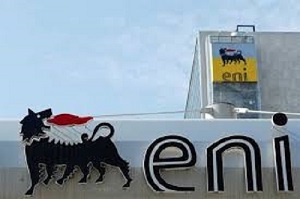 Eni, an Italian oil company has reacted to an indictment issued by the Nigerian civil party. The oil company said it was highly disappointed that the prosecutors continue to use as evidence flows of money which occurred after Eni paid for the OPL 245 license, in order to support its accusations of corruption against it. Payment for OPL 245 was made directly to the Nigerian government, in a clear, linear and transparent manner using an internationally-renowned bank. Eni was not aware, and was in no way required to be aware, of any flows of funds following its direct payment.

The oil company was of the view that the civil party wrongfully presented a negotiation between Eni and Shell on one side and Nigerian government representatives on the other as illicit, alleging that the two companies were aware of unlawful intentions of the government representatives. Eni maintains that it acted lawfully, dealing with the Ministries of a sovereign government, traditionally competent with respect to operations such as these, acting properly in negotiations of this complexity through transversal, complex and proven processes for evaluation and analysis.

In relation to the civil party’s suggestions that the price paid materially undervalues the license, Eni emphasizes that the economic offer was congruous and reasonable when considering the value of the OPL245 exploration field and the investments necessary to be able to put it into production.

The final amount paid by Eni to the Nigerian government was agreed by the parties following an in-depth geological, technical and economic examination; it also considers the historical evolution of the Nigerian and international oil markets. Suffice it to consider, for example, that at the end of September 2011 the Brent was valued over 100 dollars, while today it is around 40 dollars.

Moreover, the transaction price of $1.09 billion dollars, net of the signature bonus, equals the assessment of OPL 245 made by IHS for Shell in its 2009 arbitration against the Federal Government of Nigeria, when the British/Dutch company had no interest whatsoever in underestimating the asset to which it was laying claim