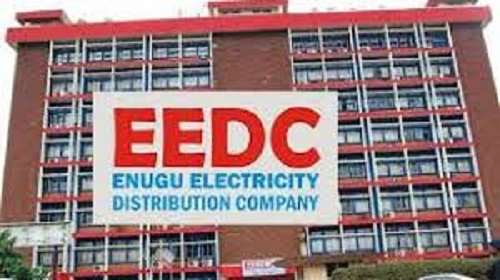 The Enugu Electricity Distribution Company (EEDC) has raised concern over the rising cases of vandalism of electricity installations within its network in the South-East.

The Head, Corporate Communications, EEDC, Mr. Emeka Ezeh, disclosed this in a statement in Enugu.

He decried the “wicked manner’’ power facilities belonging to EEDC were being vandalised across its network.

Ezeh appealed to customers to be more vigilant in ensuring that the installations serving them were not vandalised. “This negative trend is not only affecting the organisation’s finances, but adversely impacting the quality of services to customers,” he said.

The EEDC spokesman asserted that the company records cases of vandalism of its electrical installations almost on a daily basis.

He said these range from armoured cables, feeder pillar units to transformer oil.

“We have been recording cases of vandalism almost on a daily basis across the network, and this should not be allowed to continue. In some cases, investigations have led to the recovery of vandalised items at the residence of these vandals who happen to live among other tenants. Therefore, appeal to our customers to be more vigilant, ensure that the electrical installations within their neighbourhoods are not attacked, he added.”

Ezeh acknowledged that the vigilante groups had been helpful in apprehending some vandals who were in police net awaiting prosecution.

“It is also on record that some convicted vandals are serving their terms in the various correctional centers,” he said.

He commended the efforts and commitment of other stakeholders for ensuring that those behind the clandestine acts were apprehended and brought to justice.

“The company is fully committed toward tackling this growing ugly trend headlong, we call on well-meaning and law-abiding customers to join hands in the fight, as they are the worst hit when these installations are vandalised, he decried.”