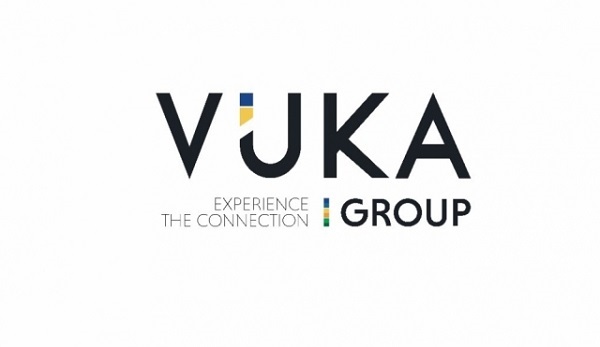 Africa’s Green Economy Summit, an official E Fest Cape Town event, to be hosted from 22–24 February 2023, will focus on the exciting investment opportunities to accelerate Africa’s adoption of renewable energy, clean transport, and clean technologies, such as green hydrogen, that can effect social change and development.

Cape Town will host the E Fest from 22–25 February 2023*—a curated mix of content and events, showcasing our electric future in the week leading up to the first E-Prix event to take place on the African continent.

“Our role is to be agents for positive change in the South African economy,” says Iain Banner, co-founder of E Movement Pty Ltd and Africa’s Green Energy Summit. “By staging the summit, we are creating a marketplace to ensure real investment is made into qualifying green economy opportunities, not just in South Africa but deep into Africa too. We are connecting global capital with African green economic opportunity, so as to ensure there is real impact on the ground”.

SA Needs to Adapt to a Green Economy

“Climate change is accelerating the need for a green economy transition in Africa,” Banner explains, “and South Africa needs to adapt to a green economy to remain competitive in the global economy”:

South Africa is the 12th highest carbon emitter in the world and the highest emitter in Africa.

Over 90% of transport emissions in SA is caused by road transport, and motorcars in particular, and yet, the uptake of electric vehicles is slow.

The slow adoption of EVs, along with the carbon intensiveness of the national electricity grid, uncoordinated policy frameworks and worsening socio-economic conditions have raised concerns over South Africa’s ability to adapt and remain globally competitive.

“I look forward to participating in this exciting summit” says the Western Cape’s Minister of Finance and Economic Opportunities, Mireille Wenger, “precisely because building energy resilience is a key priority for the Western Cape Government; not only because we need to mitigate the effects of loadshedding and the resulting economic damage, but also because of the immense potential this sector has to attract investment, grow our regional economy and create jobs”.

According to the minister, the Western Cape is already proudly positioned as one of Africa’s top ‘green economy’ investment destinations: “We have a strong green economy ecosystem, which we have worked hard to cultivate, because by prioritising investments in the green economy, we are investing in our future, precisely because the future is green”.

“Africa’s Green Economy Summit will host finance and investor professionals from across the globe in a meeting place with the intention of connecting capital to projects” says David Ashdown, CEO of VUKA Group, organisers of the summit.

“A global event like the Formula E being held in Africa for the first time will create legacy impact projects that will shape the future of our continent”, Ashdown explains. “Meeting during the week before race weekend, global delegates will contribute towards two days of deep dialogue around the green economy, a day of exciting social activities around the Western Cape and concluding in race weekend in the heart of Cape Town under the majestic Table Mountain”.

He adds: “VUKA Group is very proud to partner with the local organiser of the Cape Town E-Prix to contribute to the programme of events that are designed to create change across the continent.”

The Summit’s focus on three of seven, interdependent green economy pillars; clean transport, renewable energy, and clean technologies, including green hydrogen, will drive a strong foundation of economic value and development. Due to rapid growth forecasts in population, motorisation, and urbanisation on the continent, it is urgent that these verticals become important to the agenda as transport decarbonisation is a core focus of cities and municipalities across the globe.

The event will highlight investment prospects that exist in the fields of green hydrogen, EVs and hybrid vehicles, energy storage, solar, hydro and wind energy, infrastructure development, smart cities as well as manufacturing. Creating a platform to bring stakeholders together in an environment where people and organisations will connect with information and to each other.

African cities and green-tech start-ups are spearheading the necessary change towards a just transition but require more capital to grow. Catalysing investments across local and international stakeholders is key to fast-tracking the development of projects and infrastructure to enable a net zero economy on the continent. This new era presents an unprecedented opportunity for projects to scale up, further development of infrastructure and re-industrialisation, which will have a significant impact on environmental sustainability and economic growth.

Governments across Africa are currently in the process of developing national plans and laying strategies to adapt their economies and growth models towards achieving the UN Sustainable Development Goals of 2030 and the Paris Climate Change Agreement.

South Africa’s National Development Plan: Vision 2030 includes a green economy, which is designed to alleviate poverty and reduce inequality by 2030.

Ethiopia’s Climate Resilient Green Economy strategy sets out its commitment to becoming a lower middle-income country by 2025 with no net increase in emissions, while tackling climate risk.

Rwanda is committed to becoming a green economy, reducing emissions by 38% by 2030.

Cape Town has become a home to a thriving green economy, creating opportunities to invest in this innovative space. The E Fest in February 2023 offers a week of special events and entertainment to showcase sustainability, e-mobility and renewable energy solutions, underpinned by the international ABB FIA Formula E World Championship.

Also known as the Cape Town E-Prix, it is the first Formula E race to be hosted in sub-Saharan Africa, and the first major open-wheel race since 1993. For the first time, South Africa will be able to witness Formula E’s thrilling line-up in person, as drivers race their electric-powered cars through the streets of Cape Town.

“GO GREEN AFRICA” is the E Fest call to action to businesses and individuals to level up by pledging a commitment to going green.