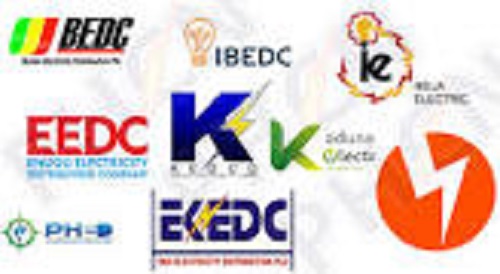 Electricity Distribution Companies (DisCos) have appealed to the Federal Government to intervene in gas pricing for power generation to ensure effective service delivery.

The Executive Director Research and Advocacy of the Association of Nigerian Electricity Distributors (ANED), Mr. Sunday Oduntan, made the appeal to the federal government.

Oduntan said that the cost of gas remained one of the key determinants of the electricity tariff in Nigeria, adding that it is high time the government found a way to helping bring down the price in the interest of the sustainability of the power sector.

He said most of Nigeria’s power generating plants are thermal plants. “They use gas as their fuel and as long as the price of gas is high, the cost of generation – and the eventual tariff to the end user – will also be high. At present, the energy generation mix is around 80 per cent thermal and 20 per cent hydro.”

Oduntan added that, “the cost of gas is also affected by fluctuations in Foreign Exchange (Forex). So, while the cost of gas and generation will rise due to forex fluctuations, the tariff is fixed in Naira and may not account for this difference. Especially because of the absence of a commitment to adhering to periodic tariff reviews.”

The ANED Executive Secretary made it known that the price of gas for local power production was a little over three dollars for one million British Thermal Units (mmbtu), whereas the cost at which LNG was exporting gas was less than half the same amount.

He said that some International Oil Companies (IOCs) were still flaring much-needed gas into the atmosphere, and that there were several options available to the government to make electricity more affordable.

He stated further, “This cost of gas presently accounts for almost 70 per cent of all the input the plants utilize to generate power. Except we begin to consider solutions from that angle, we may not make much headway in providing the cheap electricity Nigerians need to move the country to an industrial giant.”

Oduntan noted that the absence of a market-reflective tariff had continued to bedevil the sector and had contributed majorly to much of the N1.5 trillion liquidity gap in the sector.

He said that with effect from July 1, a new performance-driven increased tariff structure would be implemented as a step towards narrowing the liquidity gap.

The ANED Executive Secretary pointed out that if the cost of the major input in any production process is reduced, it will have a ripple effect across the entire chain.

Thus, the electricity companies appealing for government’s support. It will be in the interest of the end users and by implication, the Nigerian economy as a whole,” he said.

It will be recalled that the federal government has made its intention known that there will be in increase in electricity tariff effective from July 1.