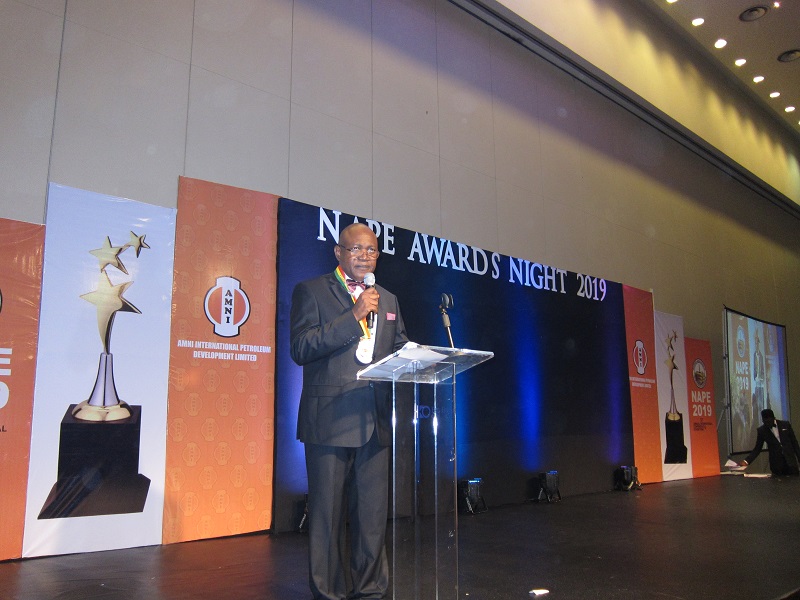 The Nigerian Association of Petroleum Explorationists (NAPE) had a virtual workshop for oil and gas media professionals. President of the revered oil and gas association, Alex Tarka said, there is significant oil exploration going on in the nation’s Benue trough and Chad basin despite the effect of COVID-19 on the nation’s economy.

NNPC is still drilling oil in the Benue trough in order to add more to the lives of Nigerians.

He emphasized that the government need not wait for investors embark on oil exploration in the land, adding that its doggedness and the enabling environment would cause the latter to join in the search for oil. While commending the Managing Director of NNPC Engr. Mele Kyari for leading the corporation on more oil search despite the challenges in the global oil environment, adding that the gesture shows the current NNPC was desirous of matching the nation along its 40 crude oil reserves target.

The NAPE President told participants that the training was aimed at enhancing robust reportage of the oil and gas industry as well as retool media practitioners covering the sector.

He assured that NAPE would continually provide veritable platform for learning that would deepen the import of oil and gas industry in Nigeria.

He added that the sector also accounts for $100bn of total real Gross Domestic Product (GDP) and employ over 400,000 people across the value chain.

Oguachuba was of the view that the Petroleum Industry Bill (PIB), saying its passage would boost oil exploration activities in the country.

Speaking while delivering her paper, ‘Data and Digital Journalism: Effective Tools for Data Driven Reporting’, Yvette Dimiri, Growth Editor, Stears Business, emphasized the need for media houses to adopting digital journalism with a view to simplifying their writings to readers.

Toyin Akinosho, Publisher, African Oil+Gas Report, in his paper, ‘Oil and Gas Reporting in The World of Fake News’, admonished energy journalists to be wary of fake news, which he said, can cause massive mistrust and confusion.

He added: “It also has a higher chance of being believed or shared since the networks are segmented so that it’s being shared with people that already have a bias and want to believe it is true story”