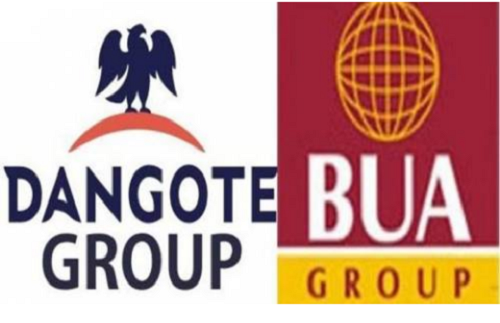 Last December China’s State Administration for Market Regulation (SAMR) announced that it was investigating Alibaba for alleged monopolistic business practices. The investigation came when SAMR realised that he had abused its market dominance when punished merchants if they didn’t sell their merchandise exclusively on its platforms through a practice dubbed “er xuan yi,” which means “choose one out of two.” Just last Saturday SAMR fine Alibaba $2.8 Billion For Abusing Its Dominant Market Position.

This is how supervision agencies of businesses of any country should be by protecting all. Despite government of Nigeria through its various laws and agencies assigned for the supervision and regulation of businesses in the country protect right of all captains of industries at same time to ensure the ease of doing business for investors, entrepreneurs, business-oriented persons as well as safeguarding the interests of the customers.

But in the country where personification and monopoly of the markets by other dominant conglomerates has made assigned government’s agencies weak and partial instead of being impartial to all without act of preferential treatment to one person at the expense of others.

There is nothing wrong in business competition, but competition should be healthy without eroding the progress made by other active conglomerate. Because personification and monopoly of one active player conglomerates is threat to other economic movers without recourse to the wider implications is this not absurdly for a government to guarantees one mover a solid right over other conglomerates competitors.

How come a government can guarantees one conglomerate much rights at the detrains of other economic mover is this not like mortgaging the whole country prosperity at the expense of one conglomerate economic wellbeing which at the end will push the Nation’s economy toward disastrous end, as of this conglomerates wherever operating seeks to muscle out competition through any means necessary. In as much as such policy favour one interest continue it really presents a dilemma for country’s economic policy, according to a report published in 2010 on Wikileak’s website.

It is already in the public court of views that Dangote Sugar and Flour Mills of Nigeria jointly forwarded a petition to the Minister of Industry, Trade and Investment asking the Ministry of Trade to shut down BUA Group’s Sugar Refinery in Port Harcourt. Both companies requested the minister to launch a probe into the volume of raw sugar imported by BUA’s Port Harcourt refinery and the appropriate penalty in terms of duty (60%) and level (10%) to be charged on the company to be taken against the rival.

To many the petition displaying degree of impunity from them in spite the law allows BUA to operate the refinery to support its role as a counter-balance to the Dangote and Flour Mills duopoly in the price manipulation.

in its own defence sent to the Minister of Trade clarified issues by stating his Port Harcourt Sugar Refinery will not affect in any way the backward integration programme adding that “the only way it will affect Nigerians is that Nigerians will pay lower prices for sugar. As the same law allows it to sell inside Nigeria. Because sugar refine project was approved by President Muhammadu Buhari.

Peoples see Dangote Group, Flour Mills conglomerates petition as an act of selfish end or just acting as friends in connivance because of their interest to push out other competition and create a monopoly for themselves. To other is like calling to question the authority of the President’s power as an affront to the powers of the president and an attempt to undermine Nigeria and its institutions as well as edge out competition, to gain a monopoly.

It is in the public knowledge similar scenario has been played out over right cement operation some years ago and again in this case over the sugar refinery and right of selling it within the country.

This issue has become burning issues of discussions among commodities buyers, in markets shops, stalls on the sugar refinery and price disagreement between two leading manufacturer in the country.

Also threatened to withdraw licenses of any of its dealers found increasing the price of commodities capitalizing on high demands during Ramadan. Last year, before Ramadan, sugar sold for around N18,000 per bag but as Ramadan fasting started the price jumped to 30,000 per bag. This marching order has already stabilized the market commodities market especially in Kano as of now a mud of sugar was sold at N1200 against N2500 last Ramadan.

Maybe this act of compassion is not well to other active players or either duopoly plan to hike sugar price at Ramadan as consumers have no choice but to buy it. In nutshell his failure to do the bidding of duo companies angered them therefore accused him of breaking the law by selling sugar locally instead of for export.

My point of view is not to blame or put finger at the duo but to called for restraints because in very ideal businesses must have to compete against each other but should not be for one entity single-handedly monopolized every economic products.

To the Consumer their don’t care which company control the market what matter to them which company products had fair price because Peoples need affordable sugar and flour if Dangote or BUA can bring that, surely people will patronise it. Let supervision and regulation of businesses in the country to ensure justice by allowing everyone to compete on the same terms. Peoples hope time has come to call all players to true account and respect sanctity of other active player.

Dukawa wrote in from Kano can be reached at abumahmud@gmail.com