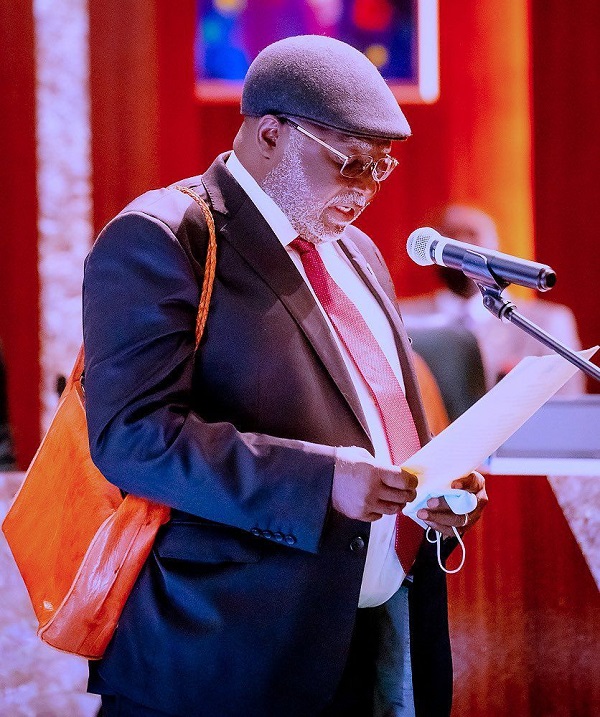 Justice Ariwoola of the Supreme Court on Monday took the oath of office as the acting CJN.

Buhari administered the oath of office to Justice Ariwoola during a swearing-in ceremony held at the Council Chamber of the Presidential Villa in Abuja, the nation’s capital.

Ariwoola, 62, takes over from the outgone CJN, Justice Tanko Muhammad, and is expected to serve in an acting capacity till further confirmation by the National Judicial Council (NJC).

While taking the judicial oath, he swore to be faithful and bear true allegiance to the Federal Government of Nigeria, as well as defend the Constitution of the Federal Republic of Nigeria.

Recall that justice Tanko Muhammad, the immediate past CJN had sent in his resignation on Sunday night, citing ill-health as the reason for his decision.