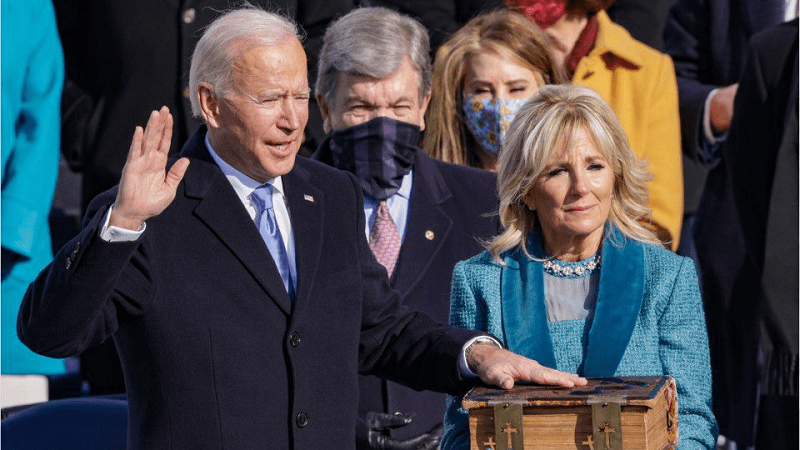 Joe Biden was sworn in Wednesday as the 46th president of the United States, in a ceremony administered by Chief Justice John Roberts.

Moments earlier, Kamala Harris was sworn in as vice president of the United States, becoming the first woman of colour to hold the office.

The ceremony on the West Front of the Capitol is taking place without Donald Trump, the outgoing president, who is in Florida.

Biden was sworn in at an unusual inauguration closed to public due to the still raging coronavirus pandemic.

Meanwhile, British Prime Minister Boris Johnson has congratulated Biden and Vice President Kamala Harris on being sworn in to their new roles.

Johnson twitted, “Congratulations to @JoeBiden on being sworn in as President of the United States and to @KamalaHarris on her historic inauguration. America’s leadership is vital on the issues that matter to us all, from climate change to COVID, and I look forward to working with President Biden.”