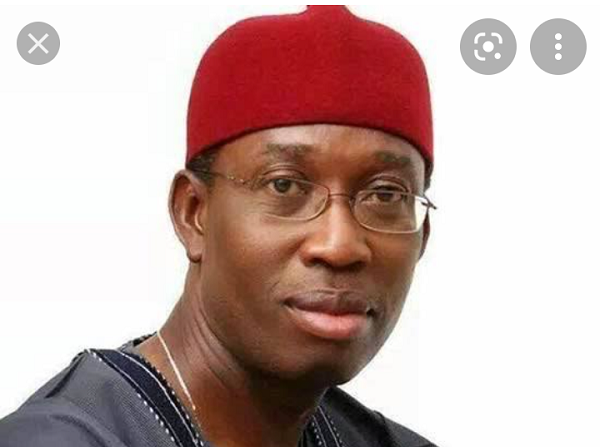 Agamah made this known in Asaba that the deliberate efforts of the Gov. Ifeanyi Okowa-led administration to develop oil palm production in Delta remained the economic game changer from dependence on crude oil revenue.

He said that investing in oil palm production provided endless opportunities to farmers, as the agriculture sector remained the soul and heart of prosperity.

The permanent secretary noted that given its relevance on the international market today, a ton of palm oil could fetch more foreign exchange than crude oil.

“So, you can see that oil palm is a game changer; it is life beyond oil”, he stressed.

Agamah stated that the state government established the Small Holder Oil Palm Scheme (SHOPS) in 1992, in her resolve to revamp oil palm production.

The scheme was created to provide improved oil palm seedlings through the tree crops unit of the State Ministry of Agriculture and Natural Resources, to boost the yield of the crop in the state, he added.

According to him, the farmers that benefited from the state government’s support and soft loan, improved oil palm seedlings, fertilisers and steel collars this year, were expected to begin harvest of the crop in two to three years’ time.

He added that each farmer was supported to cultivate a minimum commercial size of two hectares of oil palm plantation in the state.

“In one hectare, you have 150 seedlings and other inputs; you can see the enormous opportunities that abound in the oil palm tree, from the roots to the palm fronds are useful materials.

“We are encouraging young men and women, including the old people to venture into this scheme as a retirement package.

“And for those that benefited from the Delta SHOPS programme, in four years, they will start paying back the cost of the inputs – seedlings, fertilisers and steel collars – including a token for land preparation, which was given by the state government to farmers under the scheme.

“Oil palm is one of the state’s comparative advantages and in the recognition of that, there are 24 oil palm producing states in Nigeria; Delta is one of the strongest producers,” he said.

Agamah also disclosed that the state government, in partnership with the Central Bank of Nigeria (CBN), had commenced negotiations to secure a facility for the cultivation of 34,951 hectares of land for oil palm in the state.