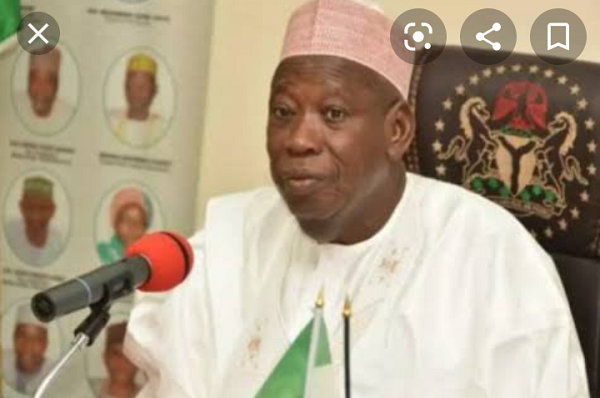 This is contained in a statement issued by Director-General, Media and Public Relations to the governor, Ameen Yassar in Kano.

According to the statement, Ganduje made the remark in Kano while receiving the Managing Director, Gas Aggregation Company Nigeria Ltd., Mr Lekan Ogunleye, at the Government House, Kano.

“I was personally elated when Mr President announced approval for implementation of the project. With sustained gas supply to Kano, all our dead industries will be revived and more jobs will be created.

“President Muhammadu Buhari in June, 2020 flagged off the $2.8 billion 614Km pipeline project, with capacity to transport 2.2 billion cubic feet of gas daily. It is expected to enhance domestic natural gas utilization for the country’s economic development.

“With industrial clusters at Bompai, Sharada, Challawa 1 and 2, Tokarawa and Tamburawa, the gas project will fast track industrialisation in Kano, which is currently Nigeria’s most populous state,” Ganduje explained.

He said the state is presently the market for states in Northern Nigeria, Chad, Cameroon and Niger republic, expressing optimism that the project would conveniently consolidate the state’s position as Nigeria’s historic commercial nerve centre.

According to the governor, the project will be augmented by recently approved Ibadan-Kano-Maradi and the Kano–Dutse rail line project as well as the reconstruction of Kano- Kaduna-Abuja road, which is in progress.

He said that the projects mean a lot for the people of the area considering its economic impact.

Earlier, Ogunleye said the visit was to present to the governor, the plan for the proposed gas sector stakeholders forum, to be hosted by Kano in July, as well as to give update on the progress of the AKK Project so far.

He pointed out that the proposed forum would be structured in such a way that every stakeholder would be carried along.

Ogunleye lauded Kano state government for being the only state with a multifunctional committee comprising government and private sector representatives, to assist in the project delivery.