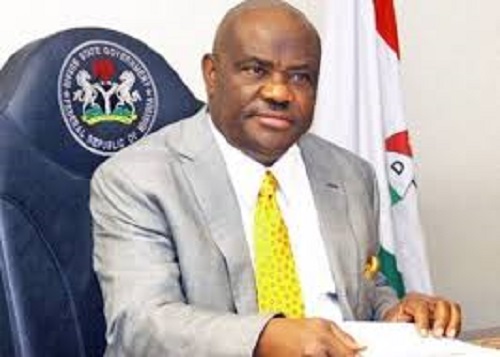 Rivers State Governor, Nyesom Wike, has said the Peoples Democratic Party (PDP) cannot afford to fail in 2023 because the people are relying on the party to rescue them.

Wike, in a statement by his Special Assistant, Media, Kelvin Ebiri, spoke on Sunday when he led a delegation of some elders and chieftains of the party to pay a New Year visit to Abia State Governor Okezie Ikpeazu in his country home in Umuobiakwa village.

The governor said it had been disheartening for Nigerians, who were left to fate in the hands of marauding abductors and killers, operating unchallenged without being brought to book by security agencies.

The governor said there was a need to reverse the current situation by addressing the problem squarely insisting only the PDP could be trusted to perform such function.

Wike asserted thus, “This is not the country we wish ourselves. No reasonable Nigerian will say that he is happy that as he wakes up in the morning, what you hear of is death.”

He recalled that while in Bauchi State he had said God would not forgive PDP if it failed to rescue the country from the poor governance of the APC.

“God will not forgive PDP. PDP has everything it takes to go for it now and make sure we rescue this country”, he said.

The Rivers state Governor explained that he chose the New Year visit to his Abia State colleague governor because of the quality of friendship they shared on an official and personal levels.