One of the greatest undoing of Nigeria has been the manner in which its proceeds from oil are being utilized for social infrastructures to benefit its citizens especially oil-bearing communities. It has always been an argument by Nigeria political class when the subject of the country’s oil proceeds is brought under public scrutiny.

For a country that had experienced oil production in commercial quantity almost five decades ago, there should have been positive impact on the social wellbeing of its people.

Recently, at a panel session in terms of using petroleum resources, Omowumi Iledare, GNPC, Professor and Chair in Petroleum Economics and Management, University of Cape Coast and former Director, Emerald Energy Institute (EEI), said, people have misconception that resources can be translated to reserve without adequate investment, “when you talk of reserve, you talk of the likelihood of producing them.”

Professor Iledare made these remarks at the 8th Emmanuel Egbogah Legacy Lecture Series, held at University of Port Harcourt (Uniport), in Rivers State.

He was of the view that the difficult aspect is how to translate crude reserve to production capacity which is an additional investment. “Before cash flow is considered you need to think if you have revenue, then you have to realize that you are in a society where you don’t have the fund to do the translation from resources to reserve.”

Professor Iledare said the country should think beyond transfer payment adding that the imperative of local content in Ghana is sustainable petroleum business development. “My warning to them is that petroleum is a dangerous money, it is not about making millionaires in the society at the expense of majority of the people.” This is where Nigeria missed the road, he added.

How can the benefit of petroleum development be maximized? “I want to cast your mind back in 1990, I want you to also go to what we call the Dubai Airport, where people go now for shopping, you will not believe that they use umbrella to board airplane just like the Port Harcourt International Airport, if you go there now is different. That is welfare maximization of petroleum resources.” Petroleum is an exhaustible resource which means it is depletable and difficult to find.

Proceeds from oil should be maximized to benefit the citizens. He recalled that Dr. Emmanuel Egbogah, the progenitor of EEI, Uniport, maximized the use of oil fund. For instance, more than 80 graduates of Masters of Science Degree in Technology with 13 Doctors of Philosophy in Petroleum Energy Economics and Policy have graduated from EEI. This is an example of maximization of petroleum resources for sustainable development which begins with human development.

He disclosed that Dr. Egbogah invited him from the United States using his asset from petroleum resources to develop man power which is a means to maximize social economic welfare, “development of the man is primary way to use oil money because man becomes an intergenerational connection.”

Society maximization with welfare is not transfer payment. It is dangerous to use oil money as a transfer payment because it does not sustain economic growth. It puts people more in poverty than developing them. Hence the best way to use money for “social maximization is to build physical infrastructure, energy infrastructure, water infrastructure because this is what will last from one generation to the other.” For instance, in the United States, people can travel 3000 miles of a four-lane road from one state to the other and it has generational linkage. It is another way to maximize fund from oil.

Social maximization strategy can create avenue to use petroleum to diversify the economy. Iledare posited that petroleum should not be used to make millionaires who are making governance of the country difficult, this is precarious to the nation. “The mismanagement of money that comes from oil, creates ‘bendalism’ and entitlement mentality.”

The Professor of Energy Economics & Policy bemoaned the current happenings in Rivers State which he had foretold in different fora across the state. A situation where young people do not feel inclusive from proceeds of oil. This transcends to the national level and the country does not build human development compared to other oil nations.

However, he extolled former Head of State, General Yakubu Gowon, whose leadership brought Federal Government scholarship and used oil proceeds to train people in universities within and outside the country. In his words, “there is no way I could have smelt university, if not because of oil money, that is what you use oil money for.” There are some Niger Delta indigenes with Doctor of Philosophy in Petroleum Engineering in the United States who were trained through oil money. This is the right way to use oil wealth not to make people millionaires through oil and they will in turn constitute nuisance to the country by making governance difficult.

The former Director of EEI revealed that prosperity from oil money without posterity in view does not augur well for the progress of a nation. If impact will be made, the future should be in view. Diversification of the economy can only be attained if oil wealth is used judiciously and well managed to expand other sectors of the economy without shrinking.

Professor Iledare cautioned that it is not advisable to depend on oil fund for governance and if social welfare is not maximized for citizens, it portends danger like what happened in Venezuela. The collapse of the oil and gas industry in Venezuela is as a result of populism in governance and there is no place where oil money does not lead to populism because politicians create avenue to exploit. “Unfortunately, it is the people that are oppressed that are celebrating the oppressors, that is why Venezuela collapsed, the oil and gas industry is what glue Nigeria together and if the oil and gas industry collapses, we will have Venezuela experience. We will not be able to survive because Venezuela is more homogeneous than us.”

In terms of social maximization and the use of petroleum wealth, transfer payment and giving of money to young people should be jettisoned. This is to delay the evil day. What is required is human capital development whereby they will be self-employed. “If you don’t use petroleum to build a nation, you are going to be in a big trouble when the future comes and you have the opportunity, there is no better way to develop your economy than to use your petroleum, effectively, efficiently and equitably, anything contrary, is not going to work and transfer payment will not do it.”

He advised that oil wealth should not be used only for governance but for intellectual capacity and human development. 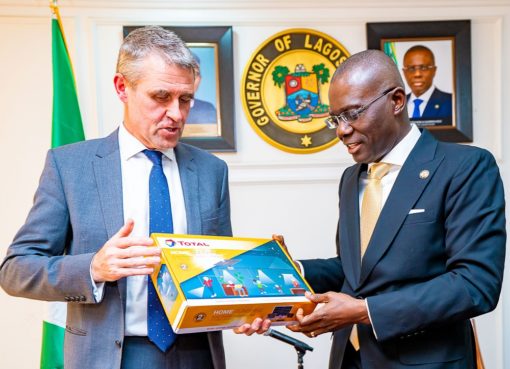 Total, Proud Of Its Contributions To Nigeria- Sangster 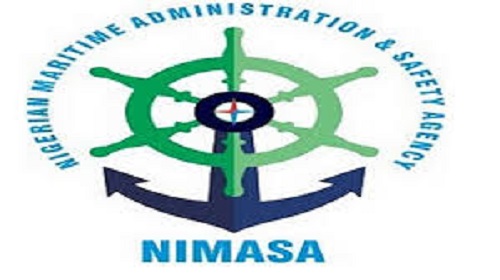