The event that attracted industry stakeholders and the academia was used to remember the late icon for his contributions not only in oil industry but the academia as well.

Speaking at a panel session titled “Petroleum Resource Management For Social Welfare Maximization”, Dr. Joseph Ellah, former Group General Manager of the Nigerian National Petroleum Corporation (NNPC) and a fellow of EEI was of the view that Egbogah was not only humbled but he assisted a lot of people.

He made reference to the recent discovery of a gas pipeline contract involving over $9 billion which has been making the rounds in the news that Nigeria will pay due to a failed contractual agreement. Although the country has since appealed with a stay of execution order from a UK Court, judgement is still pending.

Ellah said this was exactly the opposite of Egbogah and sheer arrogance.

In terms of resource management especially petroleum resources have face major problems over the years. He said without petroleum Nigeria cannot exits and the country existed before the existence of petroleum.

Unfortunately, Ellah lamented that ownership of petroleum makes the country to forget about other resources it had in its disposal. Land for agricultural produce, water and human resources have been left unattended to hence petroleum has become a curse to the country and it needs to reverse the trend.

To reverse the trend requires looking for a way forward on what can be done because many other countries have become oil producers and there are threats to oil following the advent of electric cars.

Dr. Ellah spoke optimistically, “But I am not too afraid of electric cars because by the time we have all the cars in Houston itself for example using electricity, the grid will collapse, I don’t think there will ever be a day where every car will be using electricity, we should not be thinking about that. This was what we heard when I was working with NLNG, our joint venture partners intimidated us and they said there is gas everywhere don’t produce insisting that gas must be paid for, but we said no, gas is not everywhere, people are still demanding for gas.”

Nigeria should think of how to diversify because petroleum can be used for many other things irrespective of vehicular fuel. “Let us find out what is the cause of our problems, why are we not able to maximize the utilization of our petroleum resources. One problem is very clear to everybody yet people don’t try to find out how we will be able to solve this problem,” Dr. Ellah added.

According to the former GGM of NNPC, corruption is the problem; how will it be cleared out of the way? The country has to set up institutions that will help and surmount corruption. “If we create institutions that will take care of corruption, therefore we are not going to expect anything different, if we create institutions whereby, we have oil money going into places like Niger Delta Development Commission (NDDC), yet NDDC, which is a vehicle for social welfare maximization is doing something totally different.”

Dr. Ellah made a stunning revelation that recently it was discovered that about 1723 contracts awarded worth over N70 billion yet not one of the contractors was mobilized to site to work. If this happens and people keep quiet, whatever is generated from petroleum will also go down the drain. “We must find out how do we tackle this cankerworm and crazy thing called corruption, how do we create institutions that will not allow corruption to go on? How do we create institutions whereby we give a governor security vote which is not accountable to anybody?” this is creating an institution for corruption and it is the proceeds from oil.

In terms of maximizing utility from petroleum resources, Dr. Ellah posited that there should be an understanding to create institutions that will wipe away corruption. He gave example that in the university system for instance, people clamour to be Vice Chancellor because in Nigeria they award contracts, “a situation where the academia involves in something totally different which is what the people want and this destroys the university system.”

The Fellow of EEI noted that Nigeria’s state-owned oil company, NNPC should have thrived beyond what it is at present, but efforts have been made by some vested interests to destroy the corporation. Every country that identifies with oil creates a national oil company but the Nigerian state-owned oil company is designed with America system whereby taxes are paid. He advocated for a system where the oil will be given to the owners. The national oil company is supposed to be the engine room for development, but at present, it struggles to survive and nobody knows what becomes of it after some years.

Dr. Ellah observed that there are issues with non-existing oil subsidy and other problems affecting the economy, these problems should be addressed in order to move forward. Other issues are growing petroleum output for existing producers as well as new entrant including innovation in technology that have sprung in the oil industry. The country should look for a way to maximize its oil for the benefit of its citizens.

The unending Petroleum Industry Bill (PIB) is another issue that confronts the country and a lot of things in the bill that will help grow the country’s oil industry, unfortunately, “some poisons are injected into it and these poisons must not be allowed to stand.” According to Dr. Ellah, these poisons include, giving of oil blocs and going around to create companies that never existed, the national oil company is destroyed and replaced with asset liability companies. These are all embedded on the PIB. Petroleum Equalization Fund is also entrenched and creation of monetary institutions that does not report to anybody. These were not the original thought of those who wish to provide for the country a governing framework for the oil industry, “I think we should end the PIB and conclude it but we must remove every aspect of it that will create more problems than solve the problems we already have.”

Suggesting way forward out of the issues and challenges, Dr. Ellah opined that the country must have the political will and wipe out corruption to ensure that the national oil company which is in charge of petroleum does the right thing devoid of ethnicity and favouritism with the future in mind. Funds given to institutions like the NDDC should be channeled and used appropriately without diversion.

Policy that will stand the test of the industry should be created. For instance, government granted licences to over 18 companies to build refineries, there was no thought about feed stock, “Where are they going to get the crude oil from? they will also think of how much the product will be sold, hence none of them build any refinery.” Only Dangote was able to build one.

There are refineries onstream today, but the problem of cost has not been addressed. The price of petroleum products shows where the direction of the economy and the government should be serious about it, subsidy is not what can be removed in a day, it takes a gradual process. Although, there have always been subsidy since the inception of oil production in Nigeria, but it was for the crude oil going into the refinery, the product was at a lower price.

He made a remark on remuneration of workers which is utmost important because they are remunerated from oil proceeds since it is the mainstay of the economy, “if we cannot remunerate workers properly, therefore, there will be disjoint in remuneration. For instance, a legislator and federal minister earn much money and government finds it difficult to pay N30,000 to workers, how do you think that there will be peace in the country? How do you maximize anything?” This must be put into proper perspective. Therefore, there is need to address gray areas. This is how the country can maximize its petroleum resources. “Petroleum resources management must be done with proper administration, he enthused.” 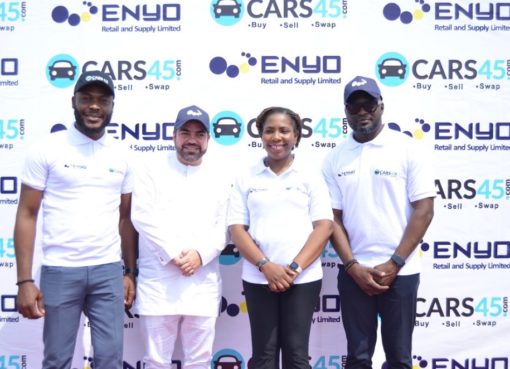